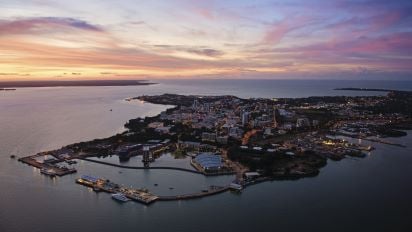 Inligo Networks (Inligo) announces its Asia Connect Cable System will land in Darwin Australia with a planned capacity of over 50 TB/sec. The landing decision and associated investment has been made after many months of working closely with the Northern Territory Government and its Investment Territory Team.

The investment will see Inligo land the ACC1 cable system into Darwin and the construction of a new purpose built Cable Landing Station (CLS) to the north of the Central Business District. Further, Inligo will directly connect several Data Centres in Darwin into the cable system.

The Cable Landing Station will also provide a termination point for the Unite Cable System seamlessly connecting Darwin with Adelaide and providing terrestrial connections for customers in South Australia and the Northern Territory for Stage 1.

The cable system once completed, together with our domestic cable system in the NT, will provide much needed low latency international capacity for the Northern Territory’s major organisations in Education, Space, Defence and other related industries.

By connecting the system into existing and emerging data centres in both the Northern Territory and South Australia, a much anticipated shorter link to Asia and the USA without the need to send telecommunications traffic via Western Australia and/or Sydney becomes a reality.